Contents page: https://maplestoryseatips.blogspot.sg/2016/03/maplesea-contents-page-of-facebook-notes.html
Directions:
1. Leafre (Minar Forest region’s town)
2. Leafre Train Station
3. Transform into a dragon, and keep flying right until you reach the portal to Time Temple, and enter that portal
4. Enter The Gate To The Future, at the main NPC area of Time Temple
5. Enter the right portal , enter the town “Henesys Ruins: Henesys Ruins”
6. Keep entering right or top portals, until you reach the town “Twilight Perion : Twilight Perion”
7. Using the World Map as your guide, keep going right, and reach the town”Twilight Perion: Aboriginal Shelter”
8. Reach “Perion in Twilight: Battle Site of Warriors”
9. Enter the blue portal at the top right
Photo album for illustration purposes:
https://www.facebook.com/mapleseafreebossruns/media_set?set=a.855863221175734.1073741888.100002561932116&type=3&uploaded=12
Twilight Perion Party Play Area.
Good source of level 140 equipment and weapons MOSTLY FOR YOUR OWN JOB TYPE. i.e.
***[WARRIOR, MAGICIAN, THIEF, BOWMAN or PIRATE only!!!]***
WHICH MEANS: IT IS POSSIBLE TO GET THE OTHER JOB TYPES’ ITEMS, AT A LOWER DROP RATE.
***This drop rate for level 140 items is much higher than that of level 140+ Dimension Invade (via Mirror of Dimension).***
Includes weapons, the glove, the hat, the overall, the shoe, and a cape, with a chance to have hidden potential.
It will take almost 400,000 mesos to reveal the potential of level 140 items, with the magnifying glass button in your inventory.
Recommendation: Do not go into the other hidden maps via the "golden portals". Stick to the first Party Play Area map. (level 210+
"Party Play (Area)" Transformed Stump and "Party Play (Area)" Transformed Dark Stump, with lower HP than the usual/normal/Non-Party-Play level 190+ Transformed Stump and Transformed Dark Stump.)
VERY IMPORTANT NOTE:
It is very easy to die from the Party Play area's level 210+ "Transformed Stumpies". If you are a magician with magic guard (passive or active type), and you are not at full HP and MP, and even if your magic guard is activated/on (it SHOULD be on here), it is very easy to die from one flame breath of a Party Play Area "Transformed Stumpies".
Personally died to it. Avoid attacks of level 210+ Party Play Area "Transformed Stumpies", (and also the normal level 200 "Transformed Stumpies") at all costs.
NOTE:
Party Play Area monsters can deal more than 1 attack on you, without any few seconds of invincibility.
Prepare a lot of potions, turn on all defensive skills that boost HP and MP, and activate magic guard if your magician character has it (and if the magic guard is active, not passive).
***level 135+ item SHOP***:
There is a shop which sells level 135+ items for Frontier Coins, which can be obtained by defeating monsters in the Party Play Area. The drop rate for Frontier Coins is very lo
For meso-earning information:
OTHER than selling the level 140 items to an NPC shop:
Go to the profession town Ardentmill, learn herbalism, learn alchemy, and extract the level 140 items for item crystals. You need to be beside the Alchemy Book in Ardentmill, and use the bottom left button in your inventory to do so.
The estimated player-buyer prices in mesos, in Bootes server, are as follows.
=
=
The current prices (in terms of mesos) of item crystals and philosopher's stone (EACH) in mapleSEA Bootes are as follows:
Basic item crystal (from originally lv30 to 50 extracted eq/wep) : NO DEMAND (no one wants to buy it)
intermediate item crystal (from originally lv70 to 90 extracted eq/wep) : 93,999 Mesos each
advanced item crystal (from originally lv100 to 120 extracted eq/wep) : 38,999 Mesos each
superior item crystal (from originally lv130 extracted eq/wep) : 3,999 Mesos each
================================
Philosopher's stone (from originally lv105+ extracted eq/wep, lowest chance to get) : 13,999 Mesos each 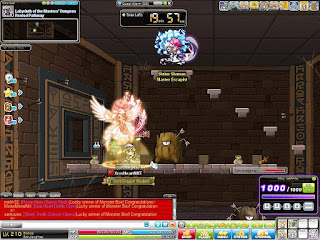 Please kindly leave your comments here, if you have any. Thank you.